Composer for Film and Television 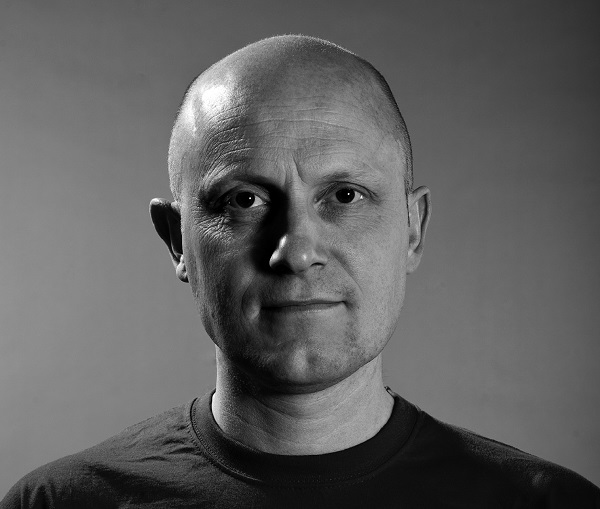 I’m a multi – instrumental performer and composer who writes music for TV and film, and who produces Latin prog rock music for a small audience. Tiny, actually.  I am an Academy member of the Ivors Academy and sit on the Media Committee, the Education, Diversity and Inclusion Group and the Policy Unit.  I also sit on the Commercial Advisory Group and Production Music Advisory Group at PRS.

Here are some of my CREDITS

My past work has encompassed a wide range of collaborations and solo commissions, within orchestral, choral, dance, percussive and jazz music. I co-founded and directed Carnival arts company, Sambawamba (1994 – 2006) and have been responsible for introducing thousands of people to Samba across the UK and beyond. I was a community musician from 1993 through till 2016 and continue to maintain an active presence as a music practitioner in Early Years music and music for SEN through my company, Nottingham Community Music. To support this work, I created a music sampler for young children (early years, Key Stages 1 & 2 and SEN) called Mr Mangle’s Magical Factory. 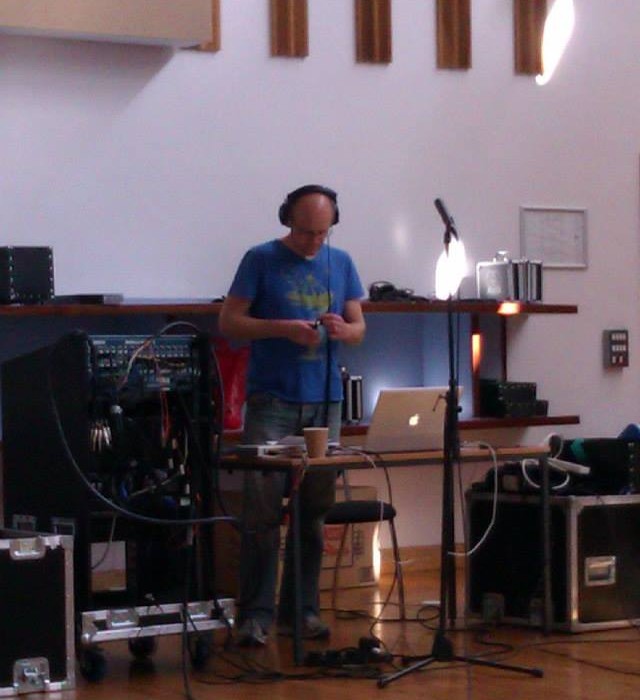 I was born in Southend – salty air and the Longest Pier. I bought my first drum kit at 13 and played it obsessively to Genesis albums. I left home straight after my A Levels to play for the magnificent Pendragon in the rocknroll den of Stroud. I toured and then came home. I started to write songs for my first solo demo, which I managed to get into the hands of Nick Mason (sadly, no Kate Bush experience for me). It wasn’t very successful.

I moved out front to sing in my late teens as I was a) tired of being the last in the bar after packing away his kit at gigs and b) tired of drummer jokes. I wrote songs for my band Something Short which rehearsed with a vengeance but never gigged. I left Southend to go to Kent University to study psychology. I sang on stage for the first time.

I left Kent and moved to Nottingham to study politics, drum for funk bands and sing for swing bands. I studied composition there with James Fulkerson. I managed to wangle my way into the music department’s studio and taught myself to switch things on and off, appreciate flashing lights and turn knobs (this was in the days of tape and hardware). I stayed in there for a year and made my second solo demo. It wasn’t very successful.

In 1992 I met with Pierre Tubbs, song-writer, record producer, and impresario. I worked with him in Wandsworth for a very enjoyable year, writing and recording for a third solo demo. It wasn’t very successful.

At this point I’d had enough and enrolled on a course about community music, which I’d never heard of. At around the same time, I joined the newly-founded Nottingham School of Samba (into its sixth week of existence). These two things changed my life profoundly. With another composer, Sam Mason, I set up my first community project, called Soundsource, working in schools to write site-specific contemporary classical music with the pupils. This project ran for a couple of years, and I used the experience to set up a new company, Sambawamba with a good friend of mine, Chris Lewis-Jones. It offered Samba workshops to schools and community settings. It ran for 16 years, expanding into visual art work, dance, sound technology, performance and installation. In the process we worked with many thousands of people across the country helping them to make music, introducing them to samba and employing dozens of artists.

Whilst that was going on I decided to try my hand at writing things that weren’t songs. Continuing my studies with Jeremy Peyton – Jones at The Nottingham Trent University and Brazilian composer Dudu Tucci, I proceeded to make music for dance companies (ABCDance, Short Stay Visitors, Lockesmith, Sakoba Dance) Amnesty International (To Speak and Not Be Heard) the local council (Blast Off), schools (Searching For The Sense of Adventure) theatre (Tears of Fire, Seasons 2 B). I also ventured into Qawaali music, linking up with Sohail Aklhaq via APNA Arts to explore the links between compositional structure and improvisation techniques of the two different musical cultures. I played with a couple of different Samba baterias, most notably Bandasambwamba doing great samba events like the Notting Hill Carnival and the first Encontro in Manchester.

During this period, I kept my interest in song-writing going firstly with a band called Cortito which then reduced into a duo, The Brothers Sonido. These were both great fun, and made some wonderful music despite the lifestyles of the different members. Then my children arrived. Which put a stop to all that, for a while at least.

The first incarnation of the Mat Andasun band took place in 1998 when I decided to put together the various musics I’d been involved in. Since then it has played at festivals around the country from Bracknell in Reading to Canterbury to Wirksworth, and venues such as Sheffield Lyceum. It has featured Andy Sheppard, Steve Lodder, Nic France, Steve Franklin, Jeanette Mason Bosco De Oliveira & Dave Sturt in its line up.

I first heard about the world of production music from my old friend, Rik Carter who had a lovely studio where he could sit in peace and quiet creating music and getting paid for it. To someone who was running around delivering drumming workshops across the country, this sounded very appealing so in 2006 I started writing and haven’t stopped.

In my time, I’ve worked with many amazing musicians whom I have learned from and sometimes borrowed money from. Thank you to all of you.